With the country in lockdown, I thought I’d reflect back on a 24 hour trip last spring; mid-April 2019. It was my first day trip of the new ticket that started on April 1st, having done a work night the week before.

It was Saturday night and the alarm had been set for 5am Sunday morning. I had work local to the lake on Monday morning so the plan was to fish the day, do the night and then go straight to work from the lake. After a 90 minute trip to the lake it was 7am by the time I arrived.

The lake in question is just under 70 acres with a healthy stock of carp. It is a bait boat dominated water, but quite frankly that doesn’t interest me so I was determined to fish it on my own terms. With it being Sunday, the lake was likely to be emptying rather than filling up so I was in no rush to set up.

With any water, location is the most important aspect to fishing, but it really is crucial on big waters. After several hours of looking on the windward end of the lake, off the back of the wind and everywhere in between, I had still not seen any signs. Picking a swim with a good view of the central area of the lake, I pulled out my chair and stove and sat drinking tea scanning the water. The rods stayed packed away as I would give it an hour here, and then try another area of the lake if there were no signs.

Just around lunchtime, at last I spotted a fish show at range straight out in front of me, slightly to the right. Out came the rods and high attract hook baits. There would be no baiting here, just singles cast to the area. I am not a great distance caster, much preferring to fish at close range where possible, however with the 12ft Maximisers I was able to lash out 3 singles to the area, each lead landing with a firm thump on the drop – that would do for now. I was not about to set up my bed and brolly as the forecast was dry and it meant that if the situation changed, I could react quickly.


My first fish of the session justified my time watching the water, waiting for them to give up their location.

After three hours, my right hand rod signalled the take I was hoping for. The bobbin hit the alarm, everything held up tight before line started to slowly peel from the clutch. I’m guessing I was fishing at about 120 yards and the fish just steadily came in to about 40 yards and then the battle of toing a froing began. After five minutes, I won the day and netted a lovely scaly mid 20. After taking some pictures, I banged the rig back to the same area hoping for some more action. 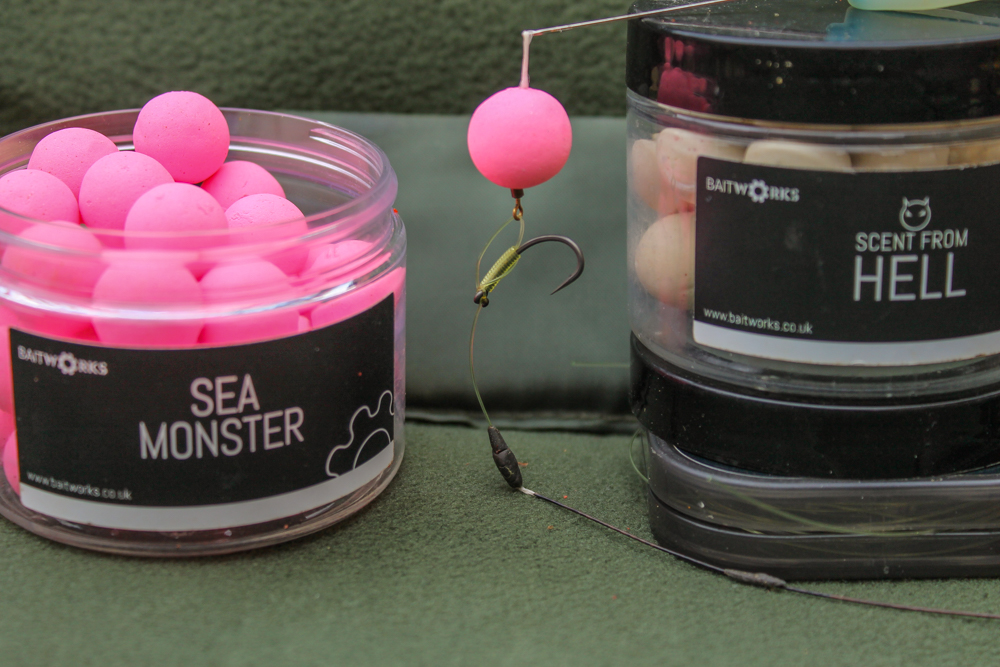 My simple combi rig has proved extremely effective on this water throughout my time on there, and casting singles has been the downfall of many of the lakes residents.

As the afternoon drew on, I spotted a few more fish show. They seemed to be moving to the right, backing off the wind a little. I was trying to weigh up whether they were nearer to my swim or the swim opposite. It seemed marginally nearer the swim opposite and in the end I made the decision to move in the last couple of hours of daylight, mainly as the wind would be off my back rather than cutting across me, making casting easier.


The smallest of that spring session, a cracking 21lb mirror, little did I know what would unfold...

Once round in the new swim I spotted one show so put a single to that area and then spread the middle and right hand rods to areas where I estimated that I had seen the fish show from opposite. Before I had chance to set up the brolly, the left hand rod went into meltdown – this had been a good move. After a spirited fight, a 21lb mirror was netted. 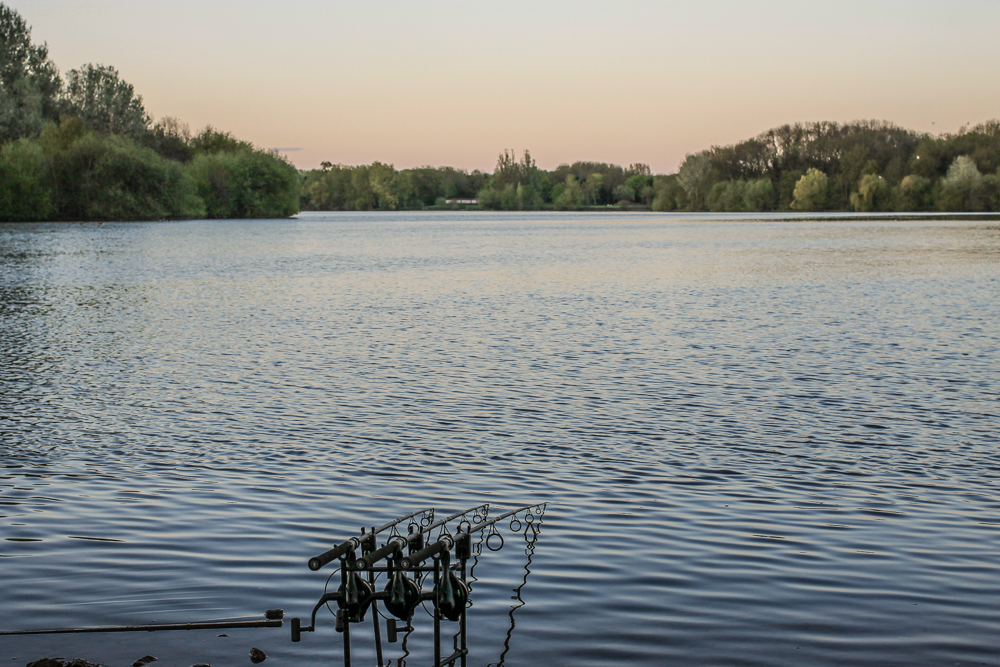 I went into dark confident, I'd seen them show and knew they were still in the area after my move.

I got the rod back to the same area and set up for the night. Once darkness fell it wasn’t long before I was in the land of nod after the early morning start. Shortly after midnight, my right hander was away. Once I had gained control, and my senses, it became apparent that this was a better fish. It wasn’t heavy and slow, but very powerful with each run it made and when it broke the surface it was disturbing a lot of water. I was hoping that it might be one of the lakes 30’s. Eventually, after a good 15-minute battle, I finally slipped the net under my prize. Peering into the net, I was greeted with the outline of a lovely long, broad shouldered mirror; I’d definitely got a thirty...


I was gobsmacked when I peered over the net cord to see this huge-framed carp in the folds – 40lb 9oz on the scales.

I got myself sorted out with the scales and camera, and set up a few practice shots to make sure I would be framed correctly before bringing the fish to shore. It really was a very long fish and undoubtedly 30lb plus. However, when the scales registered 40lb 9oz I couldn’t believe it – what a start to the Spring.


An armour-plated, beautiful 34lb mirror was my fourth and final carp of the trip, what an unbelieveable 24-hour session it was.

The session didn’t end there as at 2:30 am the middle rod produced a bite. This was another dogged fight, giving me the big fish vibes. When the fish went in the net, I could see it was very thick set. However, I was not prepared for the lovely big scales that greeted me when I shone my torch in the net. This fish weighed in at 34lb 4oz and was the last action before the 7am pack up for work.

Reflecting back this was one of my most memorable Spring sessions of recent years. I had fished my way, taking time to locate fish, putting baits as close to them as I could, reacting to their movements and being mobile to put myself in the best position to angle for them. For me it is so much more rewarding to be able to catch them from my own observations, than say if I’d followed an angler into a going swim, and that is what it’s all about for me.

Sadly, this spring looks to be a write off, but I have enjoyed reflecting back and reliving this session to keep the fires burning. I hope you all keep in good health and can get out on the bank later this year.

Trotting bread flake on a canal, is that even possible?

A November to Remember